WASHINGTON — The Trump administration on Jan. 15 issued a policy memo focused on the United States’ dependence on the Global Positioning System and the need to prepare for a day when GPS might not be available.

A constellation of 31 GPS satellites operated by the U.S. Space Force use radio navigation to provide positioning, navigation, and timing information to military and civilian users worldwide. Satellites in space rely on GPS for navigation, attitude control, space situational awareness, and new science applications such as radio occultation.

The bottom line is, given that GPS operates on much lower RF frequencies, its signal is easier to tamper with and manipulate than other wireless technologies. And until a solution is discovered it will continue to remain vulnerable to outside forces who wish to do us harm. GPS III should help mitigate this some, but a backup to the entire system is really needed as an insurance policy against bad actors. Because this problem isn’t going away on its own.
share this quote: 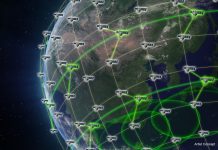 Is the IoT Being Used to Help Launch DDOS Attacks?

ABOUT US
Since 2004, Chicago based EasyTracGPS has been the global leader in delivering cutting-edge GPS tracking solutions that continue to make the world a smaller place.
Contact us: [email protected]
FOLLOW US
Copyright © 2022 | EasyTracGPS, LLC. | All Rights Reserved
MORE STORIES