The United States’ GPS system, which is operated by the Defense Department, offers every one of us critical infrastructure around what is known as positioning, navigation, and timing (PNT). Positioning and navigation are obvious every time we open up a maps app, but timing is also a critical function of GPS — offering our smartphones and devices precision timing to ensure that compute processes are accurately synced.

As more of the economy relies on these systems, they have increasingly become a target of hackers through GPS spoofing. The government wants to create additional redundancy and resiliency in the sector and has explored using commercial alternatives to augment or backup parts of the GPS system.

Despite participation from 11 worthy candidates, a reliable backup to the GPS system remains elusive. GPS technology has become such an important part of everyday life, and a prime target for hackers, that finding a suitable technology to act as an insurance policy is vitally important. Several companies are making progress but none are there quite yet. For now, we’ll have to rely on the GPS III upgrade.
share this quote: 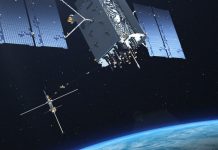