Home All Things GPS GPS, IoT, and M2M, Oh My! Making Sense of it All.
Facebook
Twitter
Linkedin
Email

GPS, IoT, and M2M. If you’re confused by this alphabet soup, don’t worry, you’re not alone. Each of these technologies can stand alone but, each one is also complimentary to the other. At their core, they provide operational intelligence, as well as a measure of control over remote assets that an organization otherwise wouldn’t have. But, how does a person make sense of it all? We explore the basics of each application and illustrate how, often times, the technologies not only overlap, but also work in tandem to connect and control devices positioned at faraway locations across the globe.

So, what is the IoT? The Internet of Things is a network of physical objects accessed through the Internet. As it relates to telematics and asset utilization, the primary focus of the Internet of Things (IoT) is useful data, advanced connectivity, and automation. Standard GPS tracking applications are also data-focused but, the data tends to be of a more simplified and fundamental nature. However, the IoT takes things to another level.

This is accomplished through the integration of sensors and other peripheral devices which, when deployed alongside advanced telematics hardware, are capable of recording and transmitting massive amounts of actionable business intelligence. IoT is not solely focused on compiling data but rather about sifting the data through complex algorithms, interpreting it, and then translating and transmitting it in a format that is understandable and meaningful to the end-user. But, hold on, we’re not done yet.

At its most sophisticated level, the IoT is also about anticipating events and seeing around corners. But, how exactly does this take place? Through analytics and, more specifically, predictive analytics. In simple terms, past data samples are analyzed and modeled to predict what might happen in the future, so that proper action can be taken in advance. From a business perspective, the ability to anticipate the likelihood of certain events occurring is a game-changer with massive implications. This would allow a public or private fleet enterprise to extract real, tangible operational value from an IoT application. IoT is here to stay and is the wave of the future.

Machine-to-Machine, or M2M, is a relatively recent term. However, the technology has actually been around for quite some time. In the past, it was known as remote telemetry. In the fleet tracking and asset monitoring space, M2M refers to direct communication between two connected devices and, often times, transmitting remote commands to a device to take a specific action. For example, a scenario illustrating an M2M application would be of an industrial generator remotely placed, coupled with an on-board integrated telematics device. Let’s say that the generator experienced an extreme engine oil temp increase, which triggered an alert, and then transmitted the data via IoT connectivity to a secure server. The event would be observed through an Internet based software application, and a command could be sent to the device to shut the generator down until a technician could be dispatched to examine the issue, and perform necessary repairs. This is a scenario that does occur fairly frequently.

An example of a more basic M2M application that you might be familiar with is the TV show “Bait Car.” The police deploy high-tech bait cars, complete with GPS tracking device, remote sensors, and relays, to locations in high crime urban areas. The vehicle is left running, and they wait for the inevitable to occur. Once the auto theft takes place, and the perpetrator begins to drive away with the vehicle, an officer from the nearby surveillance team sends a kill-switch command from a laptop or tablet to disengage the engine. The kill-switch command is another example of M2M communications between connected devices. Pretty cool, right!

As mentioned above, the fundamental purpose of these technologies is to gather useful and actionable intelligence. And the most crucial piece of information that these applications require to be effective is location. In most cases, GPS technology is chosen to provide this piece of the puzzle. As powerful as the IoT is, the absence of location data would diminish its value exponentially. How meaningful would aggregate data and analytics be if there were no idea which part the world the data was referencing? Likewise, how could a person send a critical M2M command to a device without first knowing its location? They could if they chose to but, frankly, it would be an ill-advised move. GPS location is an invaluable component of IoT and M2M applications.

When deployed in unison, these technologies are a formidable trio. They’ve emerged, they’re evolving, and they promise to usher us into a new age of an even more connected physical world. The implications for today, tomorrow, and the future are global, and they’re massive. So buckle up and get ready for a wild ride!

We have more great articles in our archive on GPS technology. “Tow Fleet Operations and GPS Tracking. Prepare to Repo Profits! 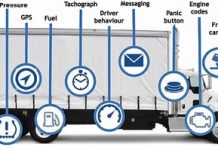 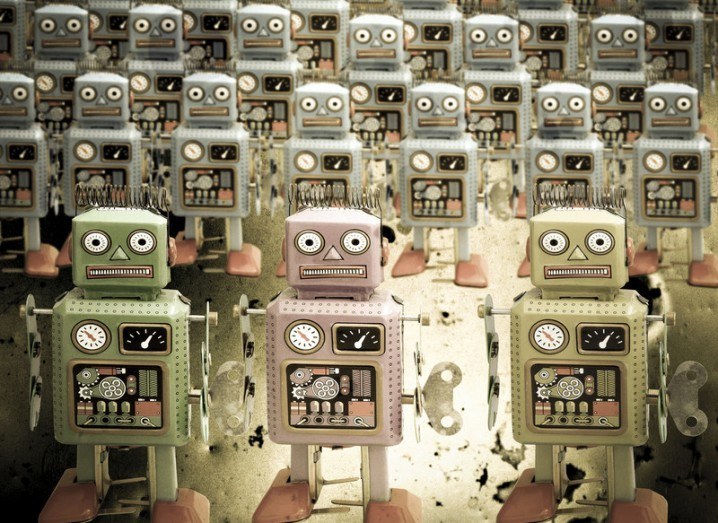 Our Machine Connected World & the IoT Evolution. What Dreams May Come. [Infographic]

The History & Evolution of GPS – Then and Now (Part...