For some time now, GPS fleet tracking has been a technology widely used within the public transit community. It affords fleet managers enhanced control over their mobile assets, and a convenient level of scheduling transparency to riders. Calgary Transit buses are now likewise poised to join the ranks of the GPS tracked.

Calgary continues to recover and rebuild after the devastating floods that ravaged through the city four weeks ago. It was one of the largest natural disasters to ever hit the Province of Alberta. Delayed by the flood, Calgary Transit is now moving forward with plans to install GPS fleet tracking devices throughout their bus fleet.

The system is being counted on to yield vast improvements in operating efficiency and reliability, both for the agency and it’s riders. Still in the early stages of testing and driver training, the system will offer riders arrival information on PC’s, cellphones, and tablet devices.

Many variables can affect on-time scheduling for public transit fleets, from traffic to bus breakdowns and more. With GPS fleet tracking devices installed throughout the buses, riders will now have access to real-time information about potential delays, and will be able to make the appropriate adjustments to their travel plans. The goal for Calgary Transit is to not only encourage ridership, but to make public transit the preferred choice for their residents. Officials are hoping to launch the program in 2014, and early feedback from riders has been positive. 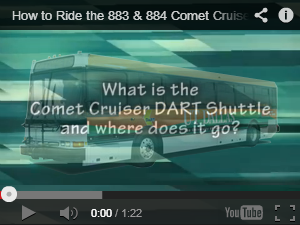 Is the IoT Being Used to Help Launch DDOS Attacks?

ABOUT US
Since 2004, Chicago based EasyTracGPS has been the global leader in delivering cutting-edge GPS tracking solutions that continue to make the world a smaller place.
Contact us: [email protected]
FOLLOW US
Copyright © 2021 | EasyTracGPS, LLC. | All Rights Reserved
MORE STORIES